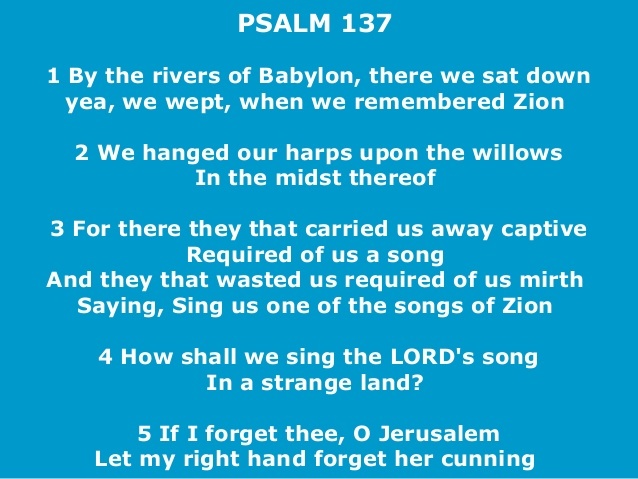 As Gods people were held captive , by the Babylonians, all they could think of was Jerusalem and Zion.  There harps were in a foreign land. Their captors demanded that they sing the songs of Zion. They had lost  their joy.The people of Jerusalem , made a plea to God. Asking  that Jehovah, would not forget what the Edomites had done to them the day the armies of Babylon took them captive. Is there something holding you back/ something standing in your way?  Cry out to God , he will come to your rescue , just as he did for his people in Jerusalem. He attended unto their cry. He will answer , maybe not the way you expect him to, but it will be the right way at the right time. He loves his people and his ear is attentive unto their cry.